For a ticket order form and complete listing of shows http://www.bccowa.com.

September 6, 2017, Wed. Richard Marx
As a performer, songwriter and producer, Richard Marx’s nearly three-decade-long career has had innumerable highlights. To this day, he is the only male artist in history to have his first seven singles reach the Top 5 on the Billboard charts.

November 18, 2017, Sat. The Coasters
The Coasters now consist of four very talented singers. All came from musical backgrounds. These four individual along with Veta Gardner are carrying on the legacy of THE ORIGINAL COASTERS.

January 26, 2018, Fri. Yesterday “Beatles Tribute”
Las Vegas Based Yesterday. A Tribute to The Beatles is the Resident Beatles Tribute Show Band for Legends in Concert in Las Vegas, Branson and Legends venues throughout the country. 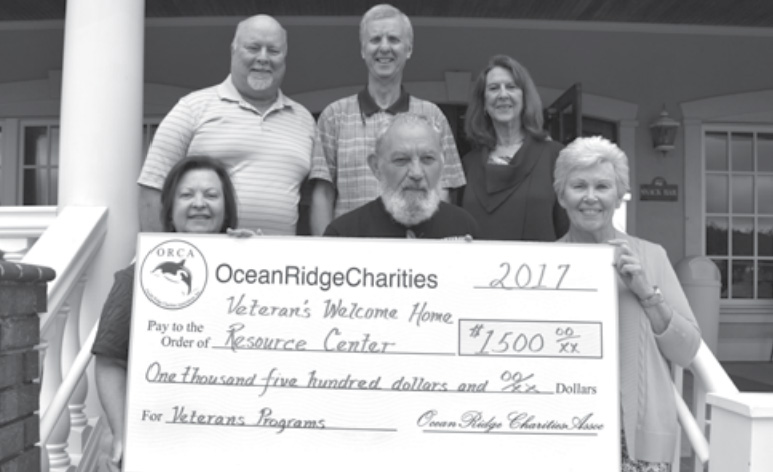 Ocean Ridge Charities Association Inc. presents a donation to the Veteran’s Resource Center, founded by veterans and others who support veterans and their rights. They share an understanding
of the difficulties many veterans experience when they return from active duty. In front are ORCA board member Peggy Burris, resource center board chairman Kris Tourtellotte and ORCA board
member Beth Naylor; back row, from left, are ORCA board president Mike Gildea and board members George Briggs and Amy Kelly. The mission of the Veteran’s Resource Center is to help veterans transition back into civilian life by helping with veteran benefits, job service, counseling and any other assistance they may require.

The Ocean Ridge website is a gateway to help you narrow your search for coastal property. Today we are launching this new section of our website to better share updates from around the Ocean Ridge community and from all around southeastern North Carolina.

We will be adding news, events and updates here on a regular basis so keep checking back as we provide information like current Ocean Ridge property and development information, home construction progress, news from the Big Cats golf courses, property owner social activities and southeastern North Carolina current events.

We’re excited about the opportunity this news page gives us to share updated information about our coastal community and look forward to how it will evolve overtime. If at any time you would like the most up-to-date information about Ocean Ridge Plantation, including our newest neighborhood Barrington Place, please call our team at 800-556-6570 or email [email protected] and our friendly team will be happy to answer any questions you have.

Come sample the lifestyle at Ocean Ridge Plantation by taking advantage of our specially-priced Coastal Getaway. Be our guest for three days and two nights and enjoy luxurious accommodations, lunch at the club, a round of championship golf and a private tour of our award-winning community. We look forward to seeing you in coastal Carolina soon!

Ocean Ridge Catering
Whether you are planning a dinner party, wedding or corporate event we are experienced and can ensure your event will be unique and enjoyable for everyone. Read More »

We look forward to hearing from you and will respond as soon as possible.